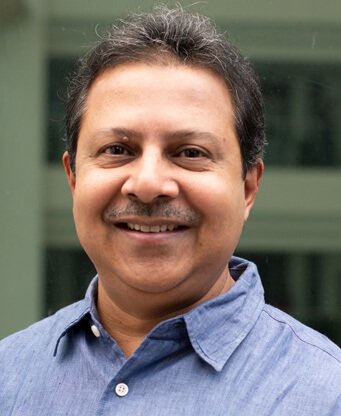 Discussions about electricity in India are frequently dominated by accessibility. This is quite understandable as access to affordable electricity can dramatically improve the quality of life of India’s historically under-served communities. But, at this point, access to electricity is viewed as a basic fundamental right and is a fairly low bar for the success of a country’s energy sector – there are many other important criteria like quality, efficiency, or reliability. India also currently stands at the precipice of a unique moment in history with respect to its energy requirements.

On the one hand, the worsening effects of climate change require an immediate global response to reduce carbon emissions as the IPCC’s latest report gave humanity a “Code Red”. The only way to reduce emissions is to transition towards renewable energy and green technologies. But, on the other hand, India has ambitious plans for economic development. The window of opportunity for this progress is slowly closing as India’s relatively young population begins to age.

Any discussion on electricity must ultimately resolve how these two goals can simultaneously be achieved as that will be the key to securing India’s future in the 21st century.

The importance of being electric

It is hard to assess just how important electricity is to humanity today. So many aspects of our lives now depend on electricity like water, sanitation, healthcare, lighting, and education. It is one of the bedrocks on which many developed countries have achieved their success. In today’s world, a lack of electricity is correlated with poor human development indices while access to it can unlock a dramatically higher quality of life. Studies show that access to electricity can lead to better educational and health outcomes, as well as productivity increases.

The Indian government has made tremendous progress in addressing accessibility as 100% of villages are now electrified. However, the picture warrants a closer examination. There is some debate on the government’s definition of ‘electrified’ and there are still major questions on the quality, affordability, or reliability of the electricity being supplied. Only 66% of households are satisfied with the overall level of service from their state utility providers, while the satisfaction levels for reliability and quality of power are 63% and 55% respectively. This is especially true in rural areas where 50% of households experience 8 hours of power cuts a day and agricultural users only receive 7-8 hours of supply in most states (that too mostly during late hours of the night and with frequent interruptions).

Electricity is of no use to people who cannot afford it, and reliability is also a huge issue, especially for businesses as it is hard to predict cash flows and manage operations if work is frequently halted by power cuts. Almost 50% of rural enterprises use comparatively more expensive non-grid electricity supply options like diesel fuel to maintain consistency.

There is still significant scope for improvement in India’s energy sector whether it is increasing accessibility, quality, or reliability. To achieve these results, it is almost certain that resources will have to be spent on infrastructure and capacity building, amongst other measures. It also happens to be the case that the Indian government has ambitious targets to increase its capacity for renewable energy to 175 gigawatts (GW) by 2022 and 450 GW by 2030. Renewable energy is qualitatively different from electricity generated from fossil fuels and integrating this additional capacity into the grid will also require significant expenditure on infrastructure and capacity building. There is thus a clear convergence of the two goals. Given that there is already a need to improve grid capacity to better serve people, it makes sense to simultaneously optimise the new version of the grid to accommodate renewable energy.

The number one problem with renewable energy is its intermittence – the sun is not always shining nor the wind blowing. This is drastically different from how electricity is currently generated which is currently on a need basis – power plants try to increase and decrease generation to match peak and low loads respectively. The problem with renewable energy is that period of peak generation do not coincide with periods of peak load – solar panels generate electricity during the day but peak loads are at night.

There are two major solutions to this issue. The first is to install batteries so that renewable electricity is generated at optimum times and stored to cater to demand that will only spike later. The other is through grid reforms by allowing electricity to be shared between disparate areas and giving the system greater resilience and flexibility.

An opportunity for equitable progress

Electricity is a driver of progress, but this is equally true of electricity sector reforms. Adapting electrical grids to renewable energy, and improving the quality, affordability, and reliability of the electricity being provided will both require significant investments that will provide jobs to thousands of Indians. Moreover, much of the technology involved is still in its early stages so there is significant scope for Indian companies to invest in R&D and become globally competitive. This research is vital to the growth of green industries as it makes these technologies safer as well as more cost-effective and efficient.

Take smart meters, advancements in the communication ability of electronic electricity meters have enabled features like bidirectional communication and integrated load limiting switches. With enough smart meters providing sensory inputs and controls, the grid itself can become smart. Artificial intelligence algorithms can optimise the management of the grid to a level that is unmatched by humans, and the advent of 5G would enable micro-changes to occur in real-time. A smart grid enables discoms to increase their efficiency, effectiveness and promptness, all while giving consumers greater agency and control.

It is at this stage that we must go back to the first principles and prioritise access. We must seize this opportunity to drive India’s economic growth by investing in green energy. This is the only way that the country can transition into the 21st century and continue to grow economically. But progress for progress’ sake benefits no one – energy-driven investments must keep accessibility and inclusivity as top priorities both in the provision of electricity and any subsequent reforms. From a more pragmatic perspective, increasing accessibility will increase demand that will, at some point, drive subsequent reforms. But, looking at it holistically, the only reason that we strive for economic growth in the first place is to improve the quality of life for all Indians. Looking forward, the Indian energy sector must move beyond accessibility to make sure that the country is equipped for the rest of the century but keeps it as a guiding light in all subsequent efforts.