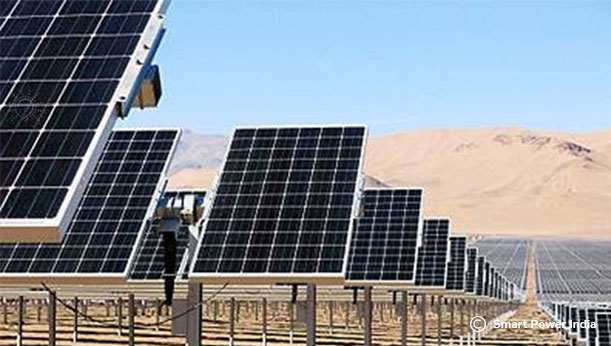 Prime Minister Narendra Modi’s meeting with US President Donald Trump last week was a display of what the two leaders called “true friendship” reaffirming India-US relations. Against the backdrop of recent tensions and strong differences in position, not least on climate change, the visit demonstrated Prime Minister Modi’s diplomatic skills and his stature as a global leader. Modi must now use this goodwill to assert his vision in driving the international community toward alow-carbon world.

Indeed, with the US’ retreat from the Paris Climate Agreement, it may be Modi — with his bold renewable energyagenda, ‘power for all’ commitment, and push for widespread adoption of LED (light-emitting diode) light bulbs —who steps up to the plate. His leadership in energy will be even more critical as India flexes its economic muscles. Energy access will be the cornerstone of India’s economic development.

It is an often-repeated fact that nearly 230 million Indians have little to no access to electricity, hampering their ability to join the modern economy.

The World Bank estimates that globally, delivering electricity to the energy poor could create 1.5 trillion additional productive hours, save $38 billion in energy expenditures, and enable nearly 300 million school-age children to study longer under better conditions. India can only truly rise if these 230 million rise as well. And it starts with reliable energy access.

Modi’s government in New Delhi understands this well. Under its stewardship, India is growing into a laboratory not only for the development of clean technology but also for new models of power distribution, particularly of decentralised renewable energy. Today, India’s largest cluster of renewable energy mini-grids, developed under the Rockefeller Foundation’s innovative Smart Power for Rural Development programme, has powered more than 110 villages and illuminated the lives of 40,000 people.

These results are significant not only in scale but also in human impact. With tools and machines powered by reliable electricity, carpenters, tailors and small entrepreneurs have more than doubled their productivity. Cold storage facilities are being built, keeping fresh farm produce from spoiling, so farmers can sell more and at better market prices. Entrepreneurs have opened car washes, water purification and delivery systems, and computer training centres. Essential health services are now within reach.

Looking at the transformation of these villages, it’s clear that access to sufficient and reliable energy is the missing link that can unleash their people’s potential, empowering rural Indians to lift themselves out of poverty.

In villages touched by the Smart Power for Rural Development programme, energy access has enabled enterprising Indians to raise their local economy by $18.50 per capita — accounting for an increase in economic productivity and the value of benefits to health, environment and social well-being.

Micro-enterprises have reported a 13% average increase in monthly revenues, and there is evidence that business is growing: 11% of businesses reported some form of expansion, and 7% of them are entirely new, established as a result of gaining access to energy.

Other countries can benefit from what India has achieved so far. Many emerging economies hunger for power that can help their citizens lift themselves out of poverty and reach their full potential. Because they know what India’s government knows: if you provide reliable and sufficient electricity, social and economic development will follow.

This is where India can truly lead. Modi should leverage India’s achievements to rally the world around a renewable energy revolution that uplifts people from poverty while driving forward the Paris agreement commitments.

It’s already clear that large-scale programmes on solar, wind and hydropower will redefine India’s emerging role as a leader in clean energy and climate change, and our work together on behalf of the poorest Indian families will change the lives of tens of millions of people.

If Modi stays committed to energy access for all Indians, India’s renewable energy leadership will be an incredible legacy for the world.