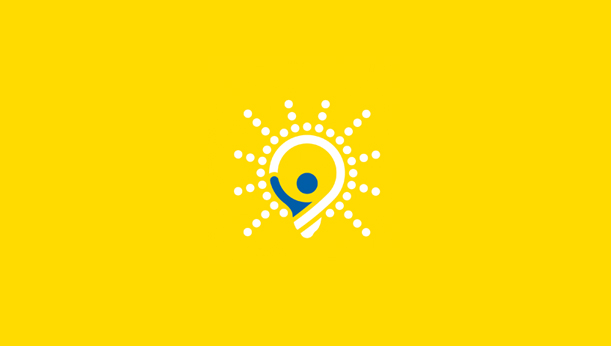 Cambridge (US), Feb 11 (PTI) Rajiv J Shah, the Indian- American president of the Rockefeller Foundation, will visit India from tomorrow as part of the US-based philanthropic organisation’s efforts to help the government electrify villages across the country. The Rockefeller Foundation is one of America’s largest and most influential philanthropies which commits USD 200 million every year towards social and philanthropic causes globally, including India.

“We have been working on what we think is the next big challenge to end poverty in India and that is bringing power and energy to rural communities that otherwise don’t have sufficient access to power,” Shah, 44, told PTI ahead of his maiden India visit in this capacity. Formerly the head of USAID under former US president Barack Obama, Shah is the first-ever Indian-American to serve as the president of the foundation which played a key role in India’s green revolution in the 1960s.

“We have an effort called Smart Power India that is helping to electrify villages across the country. That works with the government and private entrepreneurs who are bringing a solar mini grids and other new technologies to help families move themselves out of poverty by using electricity,” he said.

For several years, the foundation and its non-profit subsidiary Smart Power India have worked with a network of partners and private energy service companies to build rural mini-grids that serve off-grid populations for both domestic and productive uses. As of now, more than 130 mini-grids are energising more than 5,000 enterprises in India’s most energy-starved states, transforming the lives of over 45,000 Indians. It’s the largest cohort of mini-grids in India and by some counts the world.

He said the purpose of his India visit from February 12 to 15 is to review progress in the foundation’s effort in this regard and advance partnerships with the government and other funders to “ensure that we can work to really fulfil Prime Minister (Narendra) Modi’s vision to end energy poverty” in India.

“And to make sure every single Indian family has access to power and electricity and therefore the ability to connect to a modern global economy,” Shah said. He is also planning to meet and work with new philanthropists across the country who would like to partner with the foundation to extend the reach of their own philanthropic effort.

While in India, Shah will focus on engaging with the government, multilateral, corporate and philanthropists. The overarching theme of his visit will be to underline the power of partnerships and collaboration in helping achieve India’s development goals across various areas from health, to energy access, to ‘Digital India’. His India visit will focus on ‘Power of Partnerships’.

The Rockefeller Foundation has had a tremendous history in India for many years working to improve the lives of vulnerable children and families, he said. “We were a big part in helping India achieve green revolution that helped to dramatically improve food production and save millions of people from hunger and starvation many decades ago,” Shah said. During his four-day visit, he would travel to New Delhi, Bengaluru and Mumbai, and meet key government and political leaders and other significant philanthropists to discuss areas of interest such as energy, health, urban resilience and co- investment.

He is scheduled to deliver a keynote address at the India Energy Access Summit where he will be making a couple of financial announcements in the energy sector and renewing the foundation’s commitment to working with the government’s Power for All agenda. Shah said the first thing that India needs to do is to set a very high ambition which also requires a very significant investment and participation from the government as well as the private sectors.

“So, we hope that the State and the federal government in India will expand their approach to public-private partnerships and accelerate a collaboration with us and others in order to reach more families and difficult to reach areas with power, electricity,” he said.

Observing that India is making tremendous progress in bringing new power generation to the grid system, Shah said while the foundation’s work right now focuses on community that don’t have access to the grid, he hopes India will expand its grid and transmission system more aggressively into lower income communities. India has dramatically increased the contribution of wind power and solar power to its total power sourcing, he said. In India last spring, wholesale solar power prices reached a record low, dropping 40 per cent in a year to only 2.62 Rs per kilowatt hour. Electricity can now be so abundant, low-cost and reliable that every person on the Earth should be able to access and consume as much as they need, he said, adding that it has also increased the use of coal.

“When you look at it, the cost of renewable power, in India, the tariff is now for some of the solar projects three cents per kilowatt hour or lower. That is very, very inexpensive, very efficient power.

“The technology curve in renewable energy is so powerful that in a few years it’s going to be so incredibly cheap and consistent and environmentally healthy to bring power to everybody that we really do believe that is the long-term and medium-term solution,” Shah said. India has the chance to be on the technology frontier in renewable energy and they have suggested they want to be for the last many years, he said.

Renewable generation capacity has doubled over the last five years, with solar power capacity alone increasing more than 12-fold in that time. A decade ago India had only 12 gigawatt of renewable capacity, and last year that number rose to over 60 gigawatt. Overall, new capacity built under the 12th ‘Five Year Plan’ exceeded the target for the first time in decades adding over 100 gigawatt of generation capacity against a goal of 89 gigawatt.

This helped reduce India’s energy supply deficit so much that in 2017 India enjoyed an energy surplus for the first time. PTI LKJ CPS AKJ CPS

Disclaimer: This story has not been edited by BW staff and is auto-generated from a syndicated feed.