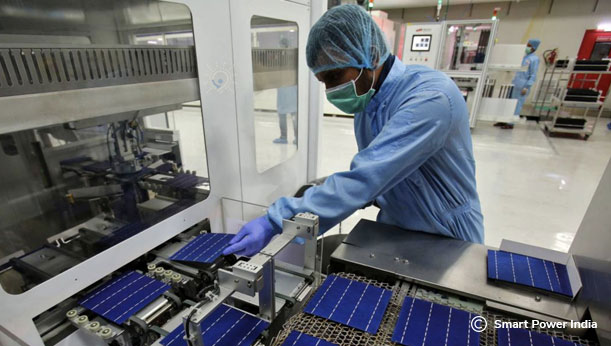 * Any views expressed in this article are those of the author and not of Thomson Reuters Foundation.

The area most ripe for immediate collaboration is solar irrigation, which is already scaling rapidly in India Pieces are falling into place for an important collaboration between India and Africa to end energy poverty. The stakes are high, as sub-Saharan Africa and India account for over 80 percent of the world’s 1.1 billion unelectrified.
On the heels of the first annual meeting of the African Development Bank (AfDB) ever held in India last month, this cross-continental partnership is evolving quickly, both in the public and private sectors.

Of note, it is taking place at a time when India’s long-time rival China is investing tens of billions of dollars in African infrastructure to secure resources for its future development, adding an element of geopolitics that will be worth following despite India’s position that it is not engaging in Africa with “strategic intent” but to end poverty and promote social justice.

India already pledged in 2015 a concessional credit line of $10 billion to Africa over five years, earmarking at least 15-20 percent (or up to $2 billion) for solar energy projects, largely off-grid, to be implemented through the India-hosted International Solar Alliance (ISA).

The area most ripe for immediate collaboration is solar irrigation, which is already scaling rapidly in India and will be a major help to the AfDB in its goals of achieving universal electricity access and ending hunger and malnutrition by 2025. India too has major ambitions, including 100 percent household electrification by 2019.

The intent to ramp up collaboration was clear at the AfDB meeting, where India’s government said it had received interest from Indian companies to install 664,000 solar pumps, install 56 megawatts of mini-grids and train 5,400 solar mechanics in Africa.

“We would love to share our experiences, to work together with the African continent and all the countries of Africa to take the benefits of modern technology, to take the benefits of low-cost deployment of these technologies on a larger scale to the remotest corners of Africa, to the poorest of poor of Africa,” said Piyush Goyal, India’s minister of state for Power, Coal, New & Renewable Energy and Mines, during the AfDB meeting.

“We should look at scaling up this engagement, being it skill development, being it expanding your micro-grids, or even utility-scale renewable energy programs, be it introducing the most modern technologies in Africa, being it helping you assemble in the initial stage and finally manufacturing solar and wind generating equipment,” he added in comments during the AfDB meeting.

Goyal said the ISA would launch a new program to scale up deployment of mini-grids in Africa, which would focus on design, adoption of common standards, aggregating demand, helping establish global credit enhancement and de-risking mechanisms, assessing demand and costs requirements, identifying and developing attractive payment models for consumers, and persuading member ISA countries with overseas assistance budgets to earmark a portion of their soft loan money.

Astrid Manroth, director of Energy Transformative Partnerships at the AfDB, added: “There’s so much experience here [in India]… and I think we’re very well equipped to take this back to Africa and also see how we can partner on a longer-term horizon.”

Solar-powered irrigation enables farmers to switch from expensive, heavy and polluting diesel-powered water pumps to sustainable, renewable power. This provides a consistent supply of water to support productivity throughout dry seasons, with knock-on benefits to nutrition and household income. Not only does decentralized renewable energy deliver electricity for improving rural, farming communities, it makes those communities more resilient to climate change and saves governments money (versus grid extension).

According to Indian private sector companies, the ISA line of credit is initially targeting deployment of 100,000 solar irrigation pumps in Africa. Because the credit has a local content requirement, they expect it to lead to increased business partnerships between Indian and African companies.

Already, a growing number of Indian and African companies and social enterprises are building commercial bridges between the two regions.

Husk Power Systems was one of the first Indian companies to be actively involved in developing the energy access market in Africa, focused on Tanzania, Uganda and Nigeria. It develops biomass and solar mini-grids (and hybrids of the two), and is currently converting 5 mini-grids in Tanzania into solar/biomass hybrids, which can provide 24/7 power to homes and businesses. Husk is also committed to doing 5 mini-grids in Nigeria.

Husk has prioritized skill training to go hand-in-hand with technology transfer in order to scale deployment, and established a cross-cultural skill development program that has trained Tanzanians and Ugandans on mini-grid operations. In addition, Husk has worked extensively with regulators of multiple countries, and in 2015 hosted the Uganda Ministry of Energy and Mineral Development for two weeks for a training program on mini-grid technology and development.

Another leading Indian mini-grid developer OMC Power is also developing its strategy to enter the Africa market, starting in Kenya. Both OMC Power and Husk are part of the Rockefeller Foundation’s $75 million Smart Power India program, which has been working to commercially scale mini-grids over the past two years with a goal of eventually electrifying 1,000 villages in India, and which is now looking to expand its experience and learning into Africa.

Interesting initiatives are also under way that originated in Africa and are finding their way into India. For example, Greenlight Planet is piloting its pay-as-you-go solar service in India based on its innovative business model in Africa that has reached over 5 million homes. D.light, another company that has established a strong foothold in Africa, is also looking at bringing the “paygo” model to India.

Civil society is engaging more deeply as well. Barefoot College, an India-based NGO, has trained solar entrepreneurs, with vocational training centers in Senegal, Burkino Faso, Liberia, South Sudan and Zanzibar that serve the Sub-Saharan region. The SELCO Foundation is also looking to establish its off-grid ecosystem model in Tanzania to help build the enabling environment needed to scale the sector.