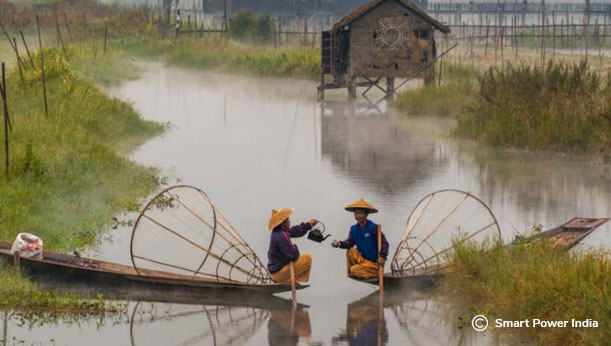 The Rockerfeller Foundation has selected Pact, the largest international non-governmental organisation in Myanmar, to establish the Smart Power Myanmar facility in May 2018.

According to the Foundation, Myanmar has one of the lowest electrification rates in Asia, with more than 60% of the population without access to a modern form of electricity, placing constrains on socio-economic development.

The Smart Power facility aims to advance public-private partnerships that significantly accelerate universal rural electrification and improve the lives of all people, including women and ethnic nationalities, by enabling access to productive power that will spur economic development.

“Our work will focus on geographical areas where the private sector, government, and communities have a shared interest in establishing mini-grid projects. It will seek, wherever possible, to advance rural electrification based on integrated plans that identify a clear roadmap for mini-grids and other distribution systems to be rolled out, and in line with the country’s National Electrification Plan,” the Foundation said in a statement.

The Foundation added: “We decided to undertake this work based on the success we’ve experienced in our Smart Power India effort. In India, we’ve incubated several models with private energy service companies to extend electrification through mini-grids that now power more than 120 villages in some of India’s most energy-starved states.

“Fueled by a network of partners, Smart Power India has energised 5,000 enterprises and is transforming the lives of more than 60,000 Indians. And it taught us a valuable lesson in India: People are willing to pay for access to productive, reliable power and their ability to pay is often very reliable. With these lessons and a commitment to bring access to reliable power to millions of poor and vulnerable people, we’ve expanded Smart Power not only to Myanmar but to parts of Sub-Saharan Africa as well.” Read more: Kenya: Developers launch mini-grid innovation lab

In addition to launching the Smart Power initiative in Myanmar, The Rockefeller Foundation’s support for the people of Myanmar is focused on strengthening civil society organizations and governance and facilitating dialogues to promote inclusive development planning and cultural diversity and awareness.