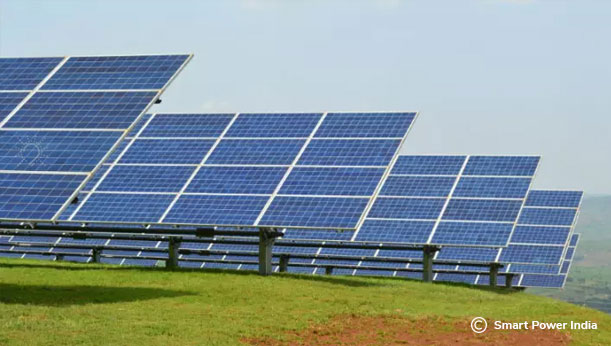 A view of the 8.5 megawatt solar field at the Agahozo-Shalom Youth Villagein, Rwanda. Photo by: USAID / Power Africa / CC BY-NC

While technological innovation has revolutionized communications, transportation, health, and education, more than 1 billion people around the world still lack access to reliable electricity — whether to light up a room, or enable them to make a decent living. So while the rest of the world powers their way toward ever-brighter futures, one in seven people around the globe is left behind. This World Energy Day, it’s time to talk about what the “grid of the future” might look like.

The international community has called for universal access to energy by 2030. Business as usual, or expanding existing, centralized grid systems that are expensive to extend to rural areas cannot on their own get us there in time. Decentralized renewable energy innovations can.

Taken together, companies in this sector are one of the largest utilities in the world, projected by World Bank and Bloomberg New Energy Finance to connect about 100 million households by 2020. In the grid of the future, the grid versus off-grid dichotomy will no longer be relevant: such a grid will be integrated, smart, and accessible anywhere power is required.

Emerging markets are already laying the groundwork. Technologies and services in these countries are less bound by existing infrastructure than by the need to be much more affordable and versatile, allowing entrepreneurs to unleash a wave of decentralized renewable energy innovation. Mini-grids, for example, are rising up in rural areas around the world: India has targeted 10,000 by 2021, and it is estimated that sub-Saharan Africa will need 100,000 by 2040.

For every day that we stall on 20th century methods of energy expansion, inequality deepens and universal electrification moves further out of reach.

Technological innovations such as Utility-in-a-Box, which provide solar panels that can power entire villages just days after breaking ground, or cheaper battery designs that can withstand harsh climate conditions, will help these regions meet these targets.

Beyond energy-generating infrastructure, players in this space are hacking perennial problems in electricity supply and demand, such as non-payment, leakage, and ineffective use. For example, they are driving down the cost of smart meters to make “last-mile” electrification more affordable. Not only are they pioneering new ways of remote monitoring, but are on the cusp of being able to use new technology breakthroughs to allow remote management. “Pay-as-you-go” models pioneered in Africa are creating new innovation in managing customer payments, collecting meter data, and managing demand. From Brooklyn to Bangladesh, blockchain-type approaches are enabling “swarm electrification” or peer-to-peer energy trading, making the market more efficient and flexible to respond to user needs in real-time. Meanwhile, programs such as CLASP improve the energy efficiency of everyday appliances, helping reduce bills as well as carbon impact.

These innovations are a few examples of what is happening in the sector to build the future grid, which would include a mesh of centralized and decentralized networks that can be tailored and adapted per local needs and conditions. Mini-grids, for example, can connect to the central grid, creating an integrated electrification framework, providing power to anyone, no matter where they are. This innovative approach is already gaining traction through early-stage pilots in India and in Africa. In Rwanda, for example, the Sustainable Energy for Economic Development program is exploring such an approach to help the government design a plan to electrify 70 percent of the country in two years, with savings of $20 million.

Access to energy is an essential step in economically empowering people and communities on a global scale. It ensures better health care and education, food security through higher crop yields, clean water through pumps, and job creation. In Indian villages powered by mini-grids in The Rockefeller Foundation’s Smart Power for Rural Development initiative, shops and micro-enterprises saw a 13 percent average increase in monthly revenues; 11 percent expanded their business by purchasing newer appliances; and 7 percent were newly created as a direct result of energy access. The foundation is now funding projects that are piloting interconnection with the mainline grid to amplify this impact throughout an integrated “future grid,” by starting today.

The World Bank estimates that delivering electricity to the world’s energy poor could create 1.5 trillion additional productive hours, save $38 billion in energy expenditures, and enable nearly 300 million school-aged children to study longer under better conditions. Rather than retrofitting existing systems, we have an opportunity to construct new infrastructure with new approaches that build brighter futures. For every day that we stall on 20th century methods of energy expansion, inequality deepens and universal electrification moves further out of reach. This World Energy Day reminds us that the time to build the grids that will power our shared future is now. Emerging economies are already building them.