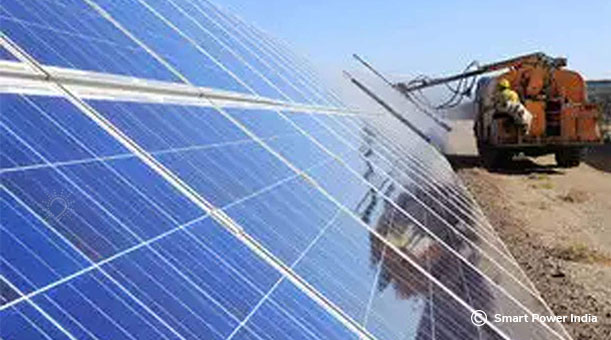 The report is based on primary data collected from over 10,000 rural households and 2,000 rural enterprises across four states – Bihar, Uttar Pradesh, Odisha and Rajasthan

New Delhi: Over 80 per cent of mini-grid household users in India are satisfied with their connections, despite affordability challenges, according to a report on electricity access and consumer demand by Smart Power India (SPI).

The report is based on primary data collected from over 10,000 rural households and 2,000 rural enterprises across four states – Bihar, Uttar Pradesh, Odisha a nd Rajasthan.

The data from the report ‘Rural Electrification In India – Customer Behaviour And Demand’ by SPI — a subsidiary of the Rockefeller Foundation in collaboration with the Initiative for Sustainable Energy Policy — also showed that 90 per cent of enterprise users in these villages claimed to be satisfied with mini-grids.

According to the report, grid-electrification coverage and adoption was high among rural households. In the study area, only 65 per cent of enterprises had grid-electricity connections. The share of connected rural enterprises was over 90 per cent in Odisha and Rajasthan, however, it was lower than 60 per cent in Uttar Pradesh and Bihar.
More than three-fourths of mini-grid users find it adequate and reliable, despite an average of only seven hours of daily power supply. In contrast, grid-electricity users in these villages receive 12 hours of power supply, yet only 40 per cent of them find the electric grid adequate.
According to the report, these different perceptions were a result of the fact that mini-grid users receive uninterrupted electricity during the critical evening hours — typically 5:00 p.m. to 11:00 p.m. — while electric grid-users have to face, on average, three hours of power cuts during evening hours.

Non-grid sources such as rechargeable batteries, solar home systems, mini-grids, and diesel generators form an important part of the rural electricity mix. Sixteen per cent of households and 40 per cent of enterprises were found to be using non-grid sources.

The report cited affordability as a key barrier, which was due to high share of unmetered connections and irregularities in bill generation and collection, resulting in inflated electricity bills. Other factors included an uncertain power supply and long power cuts Only about 60 per cent of electric grid-users in rural areas were found to be satisfied with the discoms’ services, according to the report.

An inter-state comparison showed that states such as Odisha — with better service parameters like longer supply hours, better meter coverage and regular billing — have a higher share of satisfied customers.
Average electricity demand of surveyed rural households was found to be 1,826 kilowatt hours per day (kWh/day) out of which 52 per cent was for household purpose, 41 per cent for agriculture, and the remaining 7 per cent for enterprise. The average monthly electricity demand was 39 kWh per month — half of the national average for residential consumption.

The report said that low consumption in rural areas was due to use of fewer appliances. It further added that most of the electrified rural households used electricity for lighting and air circulation.

The report said that discoms need to include rural enterprises engaged in non-farm activities and to make grid-electricity attractive for rural customers, electric utilities need to ensure universal meter coverage and timely billing and payment collection. There are more than 14,000 micro- and mini-grids and over two million solar home systems operating in India