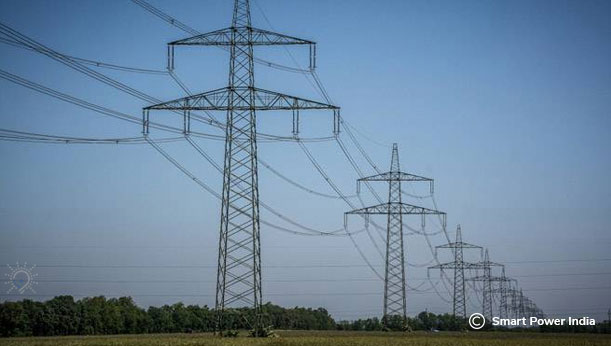 The lack of access is a result of low paying capacities on the consumer end, and uncertain financially viability of catering to areas with low and fluctuating demands and dispersed populations on the supplier side.

But beyond definitions, the lack of access is a result of low paying capacities on the consumer end, and uncertain financially viability of catering to areas with low and fluctuating demands and dispersed populations on the supplier side. With 2014-24 being declared as the Decade for Sustainable Energy for All, a number of international and local actors have begun to participate in the mission to enhance energy access in India and several other developing nations. There is wide variety in the programmatic structure and sources of financing that interventions have developed – from NGO driven grant funded projects and programs; to private sector led sale of solar home systems, batteries, and lanterns; to the development of micro-finance models for the purchase of power generating devices.

Among initiatives to enhance private sector participation, one model currently being tested by the Rockefeller Foundation under its Smart Power for Rural Development (SPRD) program focuses on anchor loads as a means to improve the financial viability of the electricity supplier. The program works with privately owned Energy Service Companies (ESCOs) through a newly established entity called Smart Power India (SPI). These ESCOs install decentralised electricity systems in rural areas where demand is ascertained in markets and households. However, the crux of the model lies in the dedicated or anchor load, such as a telecom tower to which the ESCO supplies a significant portion of its electricity to. In some cases, the anchor loads absorb about 80% of the total electricity generated whereas the remaining is supplied to consumers in nearby villages. The model tries to ensure the financial viability of the ESCO through a guarantee of power purchase by the anchor load consumer. This diversification on the demand side could potentially enhance the attractiveness of serving rural consumers among the private sector.

The ESCOs operating under SPRD are OMC, TARA Urja, Husk Power, Desi Power, Freespanz and Mlinda. These ESCOs operate across 106 villages from Uttar Pradesh, Bihar and Jharkhand and serve around 11000 household and enterprise customers. 81% of the decentralised grids use solar energy, the rest use biomass or a combination of solar and biomass technology. OMC which operates over 50% of the grids installed under the program has experimented with the anchor load model and has proven to be the most successful example of decentralised electricity system, under the program.

But coming back to the question of viability itself. On the one hand while it is important to assess viability from a purely financial perspective to enhance private sector participation, just looking at the finances might not justify additional investments such as market development, support for capital costs, scoping and evaluation studies and so on. This is where the delivery of electricity transitions from being simply a service, to an essential tool for development of rural areas. Most projects today are able to justify the higher costs of providing small scale electricity access in terms of the developmental gains such as local economic growth from productive activities utilising electricity, better educational outcomes for children owing to lighting, better health outcomes owing to reduced use of kerosene lamps and improved rural health services and so on. While progress has been made in evaluating the financial viability of such systems, the evaluation of these broader developmental outcomes is still in its nascent stage.

One of the many steps forward in this direction is also found in the SPRD program which evaluates the change in gross village domestic product (GVDP) from electricity interventions. Termed for simplicity as GVDP+, the methodology requires implementers to collect data on changes in household expenditure and the growth of small and medium scale enterprises which now utilise electricity. Examples of such enterprises include computer centres, shops that have procured refrigeration units, wheat grinding units and so on. The growth here is demonstrated through more labour employed and increased capital investments. An exercise conducted recently found that just over a period of 6 months, a small but significant change was observed in GVDP in a set of 6 villages. Such numbers allow us to imagine electricity access as not just a service to be delivered, but justify the need for government support (through grants, subsidies, tax breaks and so on) to enhance public well-being. While one conversation does focus on private sector viability, it needs to be nested within broader mandates of delivering public good.

The road to complete electrification is long. Even if the infrastructure is available, demand is quite low in many regions owing to low paying capacities. Electricity cannot be expected to solve this more fundamental problem of poverty alone. However, it can become an important input for developmental progress, and feed back into greater abilities to pay among rural consumers. Over the coming years, a mix of strategies that both improve financial viability, as well as enhance developmental outcomes from electricity are required. Progress in this direction has begun and as more information on the positive financial performance of private companies/ESCOs becomes available, we hope more and more players will join in to get India to 100% electrification.