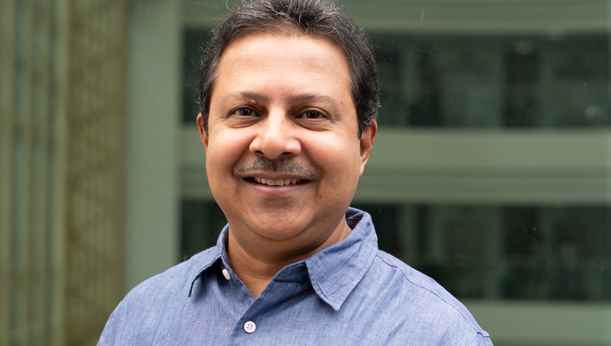 A robust distributed renewable energy ecosystem with a strong domestic industry will help provide good-quality, reliable electricity to rural households and enterprises and thus turbocharge green entrepreneurship—paving the way for a self-reliant India.

India has one of the largest populations of young working citizens in the world and stands at the precipice of an era of economic growth. The government is looking to capitalize on this opportunity with a host of ambitious economic policies. Policies like Aatmanirbhar Bharat (self-reliant India) and the 2030 target for reaching 450 GW of renewable energy capacity are intended to turbocharge the Indian growth story and lift millions more Indians out of poverty.

The success of the government’s plans will be contingent on a confluence of complex factors and will require contributions from different areas and sectors. One such area is rural electrification where the private sector can help build distributed renewable energy (DRE) capacity in rural areas and unlock the productivity of large sections of the country.

Rural India, the host to around 70% of Indians, contributes around 46% to India’s GDP. Enhancing non-farm economic activity would unlock the potential of this demographic to contribute to India’s growth.

Last year, a report from the McKinsey Global Institute, titled ‘India’s Turning Point,’ projected that 90 million workers are expected to join non-farm jobs in rural India by 2030 and increase the contributions of this vital sector.

Currently, micro, small and medium enterprises (MSME) account for around 30% of India’s GDP, and 51% of MSMEs are in rural areas. Regardless of the exact distribution of contributions of rural and urban MSMEs, it is undeniable that rural MSMEs have a bearing on India’s GDP, and improving their productivity would accelerate India’s growth.

One significant constraint on the performance of rural MSMEs is the poor quality of electricity. Though the government electrified 100% of villages a couple of years ago, there are still multiple shortcomings with the state of rural electricity—reliability, quality, and last-mile access are still critical issues. 50% of households experience 8 hours of power cuts a day and agricultural users only receive 7-8 hours of supply in most states. This limited supply is often of little utility to MSMEs as it is provided outside of business hours, and is still frequently interrupted and unreliable.

As a result, almost 50% of rural enterprises use comparatively more expensive non-grid electricity supply options like diesel-operated generators. They are forced to lower their margins and purchase these increasingly expensive energy sources as it is the only way to maintain a continuous cash flow and run a viable business.

Providing good quality and reliable electricity would thus increase the productivity of these enterprises not only by reducing overheads but also by giving entrepreneurs the confidence to scale capital.

Rectifying the situation is impossible without first examining why rural electrification is so poor in the first place. The first place to look is one of the vital cogs of the Indian electricity system: state-owned electricity distribution companies (discoms).

Discoms have historically been plagued by ill health and are often regarded as the weakest link in the electricity value chain. They face a host of issues ranging from low collection rates (often from government departments) and high power purchase costs to inadequate tariffs and poor subsidy disbursement. The biggest factor is cost: there is often a gap between the average cost of supply for electricity (ACS) and the price at which it is distributed (ARR, or average realizable revenue). This ACS-ARR gap is a critical constraint disincentivizing discoms from catering to rural areas.

So what then is the solution? One thing is clear – the worsening effects of climate change mean that any proposal must incorporate renewable energy. One possible option is distributed renewable energy (DRE) sources like rooftop solar panels, micro or mini-grids, and rechargeable batteries.

DRE has shown promise in securing sustainable and equitable energy access. Solar photovoltaic technology, a popular DRE technology, can reduce costs for businesses in rural India by as much as 80% by replacing existing diesel-run systems which are increasingly expensive.

DRE can be used as an alternative in areas where the electricity from the grid is not easily available, and in a supplementary role in other areas, covering interruptions from poor quality connections. It is this ability to provide energy security that makes DRE such an attractive option; one 50 kW off-grid system typically offers basic lighting, mobile phone charging, and television to around 500 households. This would enable rural customers to enjoy continuous electricity, especially during peak hours.

The role of the private sector

Unfortunately, DRE adoption has been lagging significantly – the total installed capacity of renewable energy in India currently stands at around 93 GW, of which only 5% is DRE. DRE thus accounts for only 1% of India’s total installed electricity capacity. COVID-19 has only made the situation worse as supply chains were halted and the market for DRE projects shrunk due to the pandemic-caused economic slowdown.

If permitted by regulations, the private sector would help address some of these issues with the DRE sector. Though regulations allowing private players to enter the power sector are slowly being relaxed, electricity distribution remains in the hands of discoms in most states.

A public-private partnership (PPP) model of power distribution can be a win-win situation for everyone involved. With the necessary regulations and systems in place, a PPP model will create a market-oriented framework to expand DRE that will provide better access to finance and drive improvements in the quality of rural electricity.

This would not only improve the quality of rural electricity but also provide a host of jobs and boost economic activity. Take the recent entry of TP Microgrids, a major global provider of microgrids, into the Indian market. TP Microgrids announced their plan to invest $1 billion by 2026 in India to install up to 10,000 mini-grids providing clean electricity to 5 million households. They commissioned their first 100 microgrids in only 10 months and are aiming to commission the second 100 in less than 4 months.

Investments in DRE are likely to witness increased returns in the future: solar irrigation alone is estimated to be a US $60 billion opportunity in the near future.

There are tremendous opportunities for entrepreneurs to expand and strengthen rural electrification through DRE. Renewables are the fastest-growing segment in the energy sector and, with the right government support, the Indian renewable energy industry could help drive India’s trajectory in the 21st century.

Measures like the recently announced production-linked incentive schemes for advanced chemistry batteries are a good start. These measures will be a win-win for governments as they will have the added benefits of boosting local economies with jobs and revenue on top of the knock-on effects they will have on MSMEs.

Any push for DREs must be accompanied by measures that make people aware of the potential benefits of DRE products and after-sales services. A robust DRE ecosystem with a strong domestic industry will help provide good quality, reliable electricity to rural households and enterprises. This would encourage the inclusive development of communities as well as turbocharge green entrepreneurship and green jobs, paving the way for a self-reliant or Atmanirbhar India.